Tuina is the manual therapy of TCM and an older version of acupuncture. Manual techniques such as rolling, pushing, rubbing, tapping, mobilization, acupressure as well as stretching techniques of joints and muscles are used in this holistic therapy. It includes methods of western physiotherapy, osteopathy and chiropractic at the same time.

Tuina massage - also called acupressure massage - is a Chinese manual therapy and it differs from Western massage in that it focuses on the meridian system and acupuncture points and principles. The focus is on targeted pressing, squeezing, kneading and grasping with the hands. The Chinese terms "Tui" ("push") and "Na" ("grasp") are combined in one word.

From joint mobilizations, strokes, kneading, rotations and pressure, the energy channels (meridians, here flows the Qi, the energy) and acupuncture points are stimulated to stop or alleviate pain of the musculoskeletal system. About 300 different grip techniques are used.

The theory of Tuina

Tuina is based on the teachings of TCM on human health and disease. Through the various manual techniques, 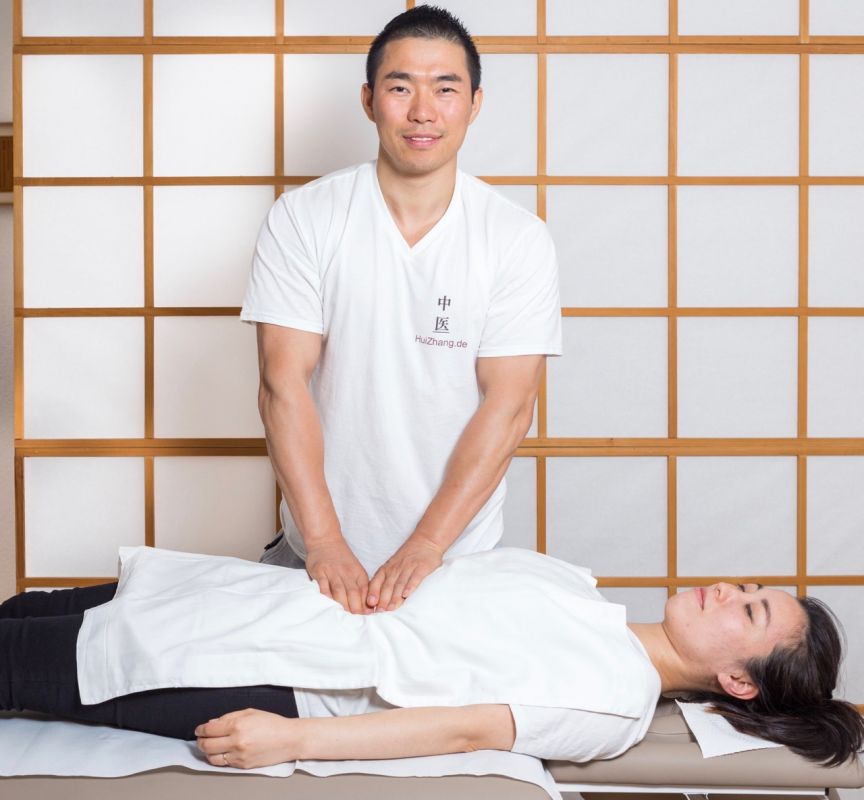 Qi and "Xue" (literal translation: blood, but includes more than blood in the Western sense) are to be regulated in the local as well as in the "whole body energy meridians". The "flowing energy" is called Qi. With the help of Tui-Na, blockages in the energy pathways are to be dissolved and the flow of energy is to be promoted, but also the internal organs are to be influenced. Through stimulation and regulation alike, Yin and Yang, the functional circle of the Five Elements in the body are to be restored.

According to the teachings of TCM, Tuina often has a preventive effect and thus also serves to reduce stress and regulate the whole-body functional system, so that soul and body are in harmony again. Tui-Naist already since the Tang dynasty (618-907 A.D.) provable.

The technique of Tuina

Today's term Tuina is understood to mean pushing, rubbing and pulling techniques, which include acupressure as well as variations of pressure treatments of "energy points" (with the fingers, fist, elbow and knee), manual "energy meridians" such as rolling, pushing, rubbing, tapping, "gripping pinching" as well as mobilization and stretching techniques of joints and muscles. There are a total of 18 basic grips and about 300 individual grips for this purpose. In Chinese foot massage, in addition to the acupuncture points, the reflex zones are also worked on. In the Western world, this technique has become known as foot reflexology.

Therapists point out that Tuina can be quite painful, especially in cases of adressing severe physical discomfort.

Tuina is a method of traditional Chinese medicine, which is not recognized by evidence-based medicine, for this the ideas of the nature of the disease patterns are too far apart. Valid scientific studies are not available.